the wheels have been spinning since 1953 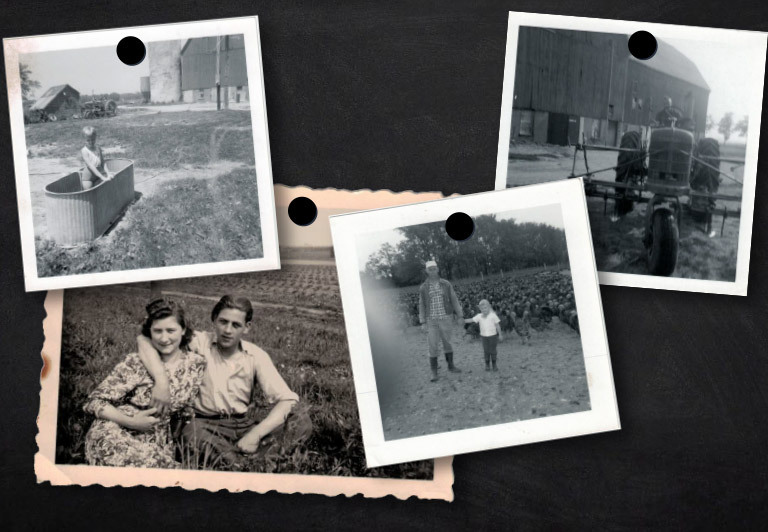 The wheels were spinning on Bre's farming venture long before she even knew it and long before she was born (or her parents for that matter). It all began between 1951-1953 when both Leopold & Irma Verschueren and Karl & Simonne Van Moerkerke came over to Canada by boat from Belgium and settled here in Tillsonburg.

Although they didn't know it at the time, they were not only planting seeds for their first Tobacco and corn crops, but were establishing roots for their farming families for future generations. 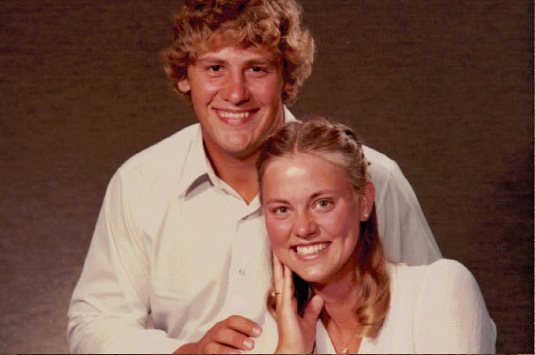 Although Bre and her brothers, Luke and Evan, were not harvesting crops by hand, many hours were spent picking rocks and corn detasseling (many fellow Tillsonburg folks have memories detasseling corn...and not all memories were fond). One summer, during Bre's university career, she convinced her dad to go down a new road with her and plant 4 acres of fresh market sweet corn! She figured if her dad could grow 100s of acres of sweet corn for processing, what would be the difference growing 4 acres for fresh market?

Wow, she soon found out about the large difference when it came to labour and love when growing fresh market vegetables! Although there were many hours picking wet corn on her "ride-a-prime" that her dad rigged up for her and new learning involved with running her first business, from that moment on, Bre fell in love with the farm in a new way! Bre felt like a proud fairweather farmer (even though she's not very good at driving tractors) and the market journey continuously has grown over the past 10 years. 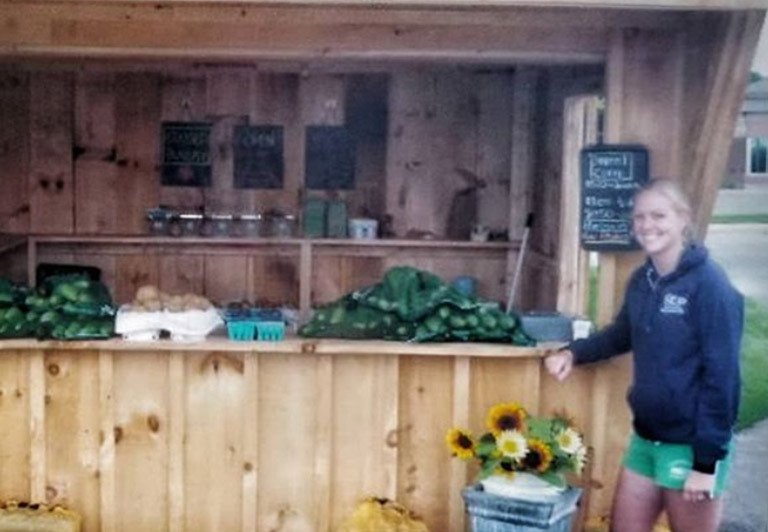 Once she began selling corn and spending more time with her dad 'talking farm talk', she quickly realized the amazing abundance of local products SO close to home. She began assessing grocery store produce and where everything was grown and like many, to her dismay, realized that although many things were being harvested in our backyard, stores were still importing from other countries.

It became her new mission to slowly begin to sell additional local produce in order to save customers the hassle of driving the countryside in pursuit of local produce. As you can imagine, once Bre began doing this, she quickly outgrew her picnic table that was stationed at a local car wash in Tillsonburg.

Her one year 'Summer Company' continued to grow as she expanded into a small pine shed, followed by a tent, store front and then finally built her current location with her husband Kyle on their farm property in Ostrander while they live with their 3 kids, Ellia, Griffin & Connor. The intention was not to continue the fresh market corn business beyond the first year; however, once Bre built a relationship with her customers and she fell in love with the notion of local food, there was no stopping her and her future family! 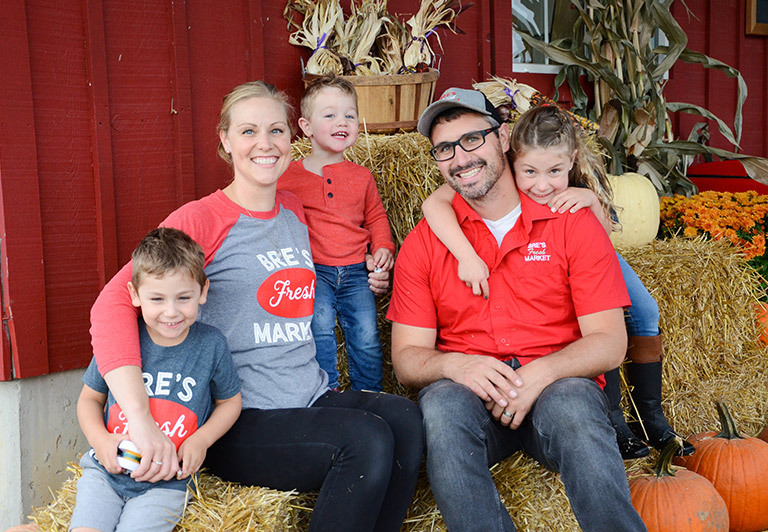 In the meantime, Bre graduated as a Speech-Language Pathologist and operates Oxford Speech Plus and works for the Thames Valley District School Board. Her husband Kyle has embraced the farm life and now grows their 30 acres of fresh vegetables while doing much of the market day to day operations.

You will see Bre and her family out at the market during the summer months and on weekends throughout the year living out what she's so passionate about.